That F*****g Scale—I’ll Wear That Bikini Anyway—and a Desperate Attempt to Eat Healthier!

Oh. Don’t get me started.  My weight has plateaued at 145.  The scale ain’t moving.  And I was kind of ok with that because I realize that those last few pounds can seemingly take forever to lose.

And the scale remains the same……

But something happened this week.  I had a doctor’s appointment—it was time for me to have a well-visit, and I was told to get on the scale.  With my clothing on no less!

The scale in the doctor’s office had me weighing five pounds heavier at 150.

What else could I do but turn to the nurse with a snarl and like an angry prizefighter I looked her in the eyes and said “Oh. And now after this surprise you’re gonna take my blood pressure?”  “Just gimme the chart so I can write “high” for blood pressure”!

She laughed at me. But it was no laughing matter.  My blood pressure was higher! 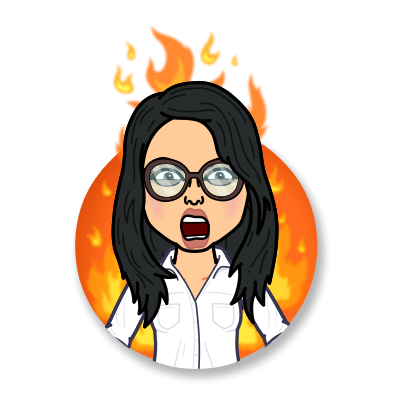 My home scale still reads 145 as I write this and I chose to believe my home scale.  There’s a reason for this.

At the doctor’s office, just about every patient comes in and is weighted.  All sizes of people—from lightweights to heavyweights and the scale isn’t adjusted after every use.  Add to that, nobody is naked when they are getting weighed—how can the scale be accurate?

And I find myself obsessing over my next appointment in three weeks.  Hopefully, I’ll be a pound lighter—I’m not asking for miracles here.

The good thing is that all my clothing still fits. After a bit of a weight gain over the holidays and throughout the winter, I lost a few pounds that makes a difference.

My clothes look better and I feel better.  And that’s all that counts.

But more than that, those numbers aren’t making me try to hide my body at the beach!  We headed to the shore yesterday and I gleefully wore a bikini.

When the mercury hits upwards of 97 degrees Fahrenheit—I’m wearing what makes me comfortable.

My “less-than-twenty-bucks” bikini from Amazon!  My new favorite mall!

I’m doing the same today, except after writing and working on a YouTube video, I’ll head outside on our deck with a good book, water and my bikini!  We can’t allow ourselves to feel as though we’re not supposed to wear certain swimwear after the age of 50, 60, or older.

Oh yeah, baby!  I’m wearing a bikini as I write this because it is hot as h-e-double-hockey sticks out there!

And guess what?  You don’t need a perfect body either!  My pouch from carrying three babies is still there because I’ve never hit the gym after birthing my children.  My thighs are soft because I’m too anxiety-ridden to walk the suburban streets and running makes me miserable. If I had a motor strapped to my body, I could, possibly spread my arms eagle-style and use the flab as airplane wings and fly across the Atlantic rather than spend money on an airline ticket.

That’s right. I’ve got the soft belly and thighs and it doesn’t matter. No woman should be made to feel she can’t wear a bikini because she doesn’t have the perfect model’s body.  Let’s be realistic. It’s HOT in the summer.  All women deserve to be comfortable!

Despite the scale, I’m A-OK with my body in swimwear. 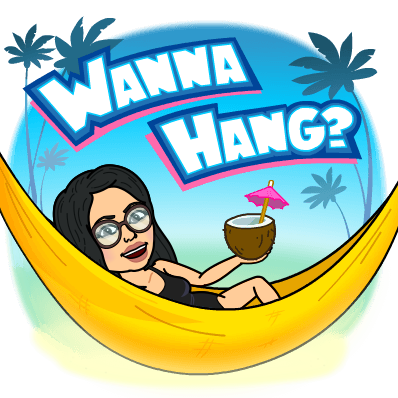 And if you’re more comfy in a one-piece–go for it!

It’s summer for cryin’ out loud!

I don’t need much at the beach.  An old beach bag from J. Crew that I purchased around ten years ago is still going strong–and I’m a sucker for Madras!  Flip flops from Old Navy…the shade from an umbrella and a towel.

Speaking of which, when we were at the beach yesterday, I took my book, 32 Yolks down to the shoreline, sat in my new beach chair, allowed the small waves to hit my legs and feet while reading and a rather random large wave rolled up and broke at my waist, soaking my wig.

Took this new beach chair down to the shoreline. I love it because it’s low to the ground!

Full of sand in the bottom of my bathing suit, I headed out to the Atlantic to shake the sand out of my bottom when another wave came and almost knocked me over, soaking my wig even more.

And an amazing thing occurred.  The wig, conditioned with the saltiness and brine of the ocean, dried beautifully.  I have to wash the sea out of her but I decided to keep her the way she dried to show you!

In the car ready to go home and this is how my wig dried. I couldn’t believe it…

For the wig-wearers who read this blog.  I ordered another Lacey from Wigoutlet.com.  At a total price point of $84, due to the discount, this wig was a great deal.  Since she isn’t a lace top, and was purchased at a lesser price, I figured it was a good beach choice.  I’m still amazed that she took so much abuse.  Lacey, by Envy Wigs is now my beach wig.

When we came home, I started to prepare dinner. Since summer meals are eaten on the deck, I wanted to prepare something relatively quick and opted for chicken breasts with tomato, olives and basil—one of my staple meals

Roma tomatoes cooked in a bit of olive oil and white wine, a can of black olives, two cloves of minced garlic, red pepper flakes,  and fresh basil make the chicken breasts absolutely delicious.  Save the olive juice–I add some to the mix!

But I wanted a side dish too.  And I thought about how much I love risotto.  But, it’s somewhat heavy for a summer meal—especially when it’s hot and humid.  I had to think.  What I came up with was a lighter risotto version that is healthier.  I made a mushroom/cauliflower rice risotto.

Here’s what I did:

I took cauliflower rice (I purchased mine at Wegman’s—most supermarkets now carry pre-made cauliflower rice.  If you would rather, you can purchase a head of cauliflower, cut the florets off and pulse them in the food processer until they are ground up like rice.)

An assortment of mushies adds depth!

I cooked the mushrooms in a pan with about ½ cup of chicken broth and ¼ cup of white wine.

When the mushrooms were cooked down, I added the cauliflower rice and lowered the heat.  I stirred the “rice” into the mushrooms until the “rice” absorbed the liquid—about five minutes.   I added salt, pepper and herbs de Provence and let it sit.  Then before serving I added Parmesan cheese and warmed it up.

Low-carb risotto!  And boy was it good!!!

Turned out so good that Bonaparte, who despises vegetables of any kind, loved it—and he ate quite a bit!

I’m having the leftovers tonight!!!!

I swear during this time of year, it’s easier to figure out what to wear to the beach than to the office. Summer dressing is a challenge because there aren’t as many options or mixing and matching layers.  I still love one-stop dressing of just throwing a dress on, sandals and heading into work.  Although this week I ended up wearing pants two days because I was too stinking lazy to bend down and shave my legs.

I haven’t been doing this for a while so let’s take a look at what I wore this week. Shall we?

On Monday, I did opt for a bright orange dress and with the office A/C I wore a scarf that matched very nicely!

Tuesday’s weather was unseasonably cool. I went with a skirt, a tee and a denim jacket.  I also wore my new Jord wooden watch which I’ll be writing about later this week!

Wednesday brought forth another cooler day and a surprise doctor’s visit–had I known in advance, I wouldn’t have worn this heavier weight skirt that I had to get on the scale with!!!!!!!

Thursday.  No Shave-a-the-legs so I wore the new pants from J. Crew factory. I loved these skinny cargo pants so much I ordered another pair.  I stuck to the neutrals!!

Still too lazy to put a razor to the legs, I wore elephant print pants to work on Friday…

Here’s a bit of the beach from me to you!  And if you’re interested in some summer reading…another Idea List from my Amazon store–GREAT SUMMER READS  LIST.  I’m currently reading Sharp Objects, a thriller by Gillian Flynn.  I will sit down and read it this afternoon even though I’m not at the beach!!!

Far from perfect, but enjoying life as a non-perfect and flawed individual at 60 years young. I'm still wondering what I'll be when I grow up! The characters in my life's screenplay include my better half. He is a refined Frenchman who grew up in Paris and summered in St. Tropez. I grew up in Long Island and summered in Long Island. I am not refined. My three grown children are also a big part of my life. For their sake, they happily live where their careers have taken them! But I can still mother them from a distance! I write about the mundane. I write about deeply shallow issues. But whatever I write or muse about--it'll always be a bit on the humorous and positive side! It's all good!
View all posts by Catherine →
This entry was posted in Beach, Uncategorized and tagged Beach, Beach fashion, Bikinis, Healthy recipes, Summer Reads. Bookmark the permalink.

34 Responses to That F*****g Scale—I’ll Wear That Bikini Anyway—and a Desperate Attempt to Eat Healthier!