A Week Back in Paris—Part Deux- Dinner. A Car. And Other Things.

We last left off in our latest Paris visit with a discussion regarding our hotel room. It was, after all, the day we arrived and I wanted to get that out of the way.

As afternoon was leaving to bring on the evening, we did manage to go back to our hotel to rest.

Our first evening was dinner at 8. At Le Procope, one of the oldest, and quite charming cafés in Paris. A five-minute walk from where we stayed, the extra about having the restaurant so close is Paris at night is always beautiful. And walking through the neighborhood is always welcomed!

We’re back!  And on our way in to enjoy our first dinner!

This was the fourth time we visited Le Procope and it is becoming a favored restaurant for us.  I started off with the Dauphiné Ravioli literally smothered in a chive sprinkled cream sauce while The Frenchman opted for his usual escargot.

One of Paris’ oldest and beloved cafe’s and the food is very good!

For the main plate, my husband went with the Beef Tab and I had my beloved Veal Kidneys.  We skipped dessert because it was waiting for us back at the hotel.

While this starter might not look beautiful, it was the third time I’ve ordered this over the years and is absolutely delicious!

My husband enjoyed his escargots!

….and my veal kidneys. I swear I cannot get enough of these gems!

This time around we weren’t seated upstairs but were in a more intimate setting in a semi-private room. A young couple from Norway was seated next to us and they made for charming company!

Our dessert was waiting for us back at Citadines!

The Frenchman always knows what puts me to sleep and the wine we had, along with the fact that sleep was lacking put me into a deep sleep—which was well-needed.

Bonjour Paris (I think this may have been taken later in the day–but maybe not) A vew from our hotel!

This morning we were up bright and as early as one can be while in Paris. Another breakfast at Café de Paris—which was our “regular” breakfast joint. There’s something just so incredibly homey and old-school-with-a-twisty-edge that we both love about this café. A seat next to the radiator gave me that comfy feeling and, from the large windows, watching the locals out and about and on their way to work was a pleasant observation.

I can’t help myself. Cafe de Paris is my favorite place for breakfast. It’s the coziest, comfiest cafe ever!

It was cold but didn’t deter us from walking over to the market at St. Germain to get our rental car. There’s no way that I would attempt to get behind the steering wheel in Paris. New York City—I’m comfortable driving because the layout is on a grid making it very easy to get around. In Paris—that snail shaped map and the fact there are a plethora of little streets, passageways and tons of traffic is not for the faint of heart. But The Frenchman lives for it.

It was cold. I literally lived in this coat, scarf and beret. I’m in front of Daniele’s apartment building–just like old times!

We rented from a company I had never heard of: Sixt. And I can tell you we were extremely pleased with the service, the car and the whole shebang.

Sixt Car Rental was better than any other company we’ve used. The staff was great and I had no idea it was a world-wide company!

The Frenchman loves a big car—even though it may be cumbersome and difficult to maneuver on those skinny Parisian streets, and the Peugeot rented was big and comfortable and got us to where we needed to go!

Headed off on an early morning drive to the Fondation Louis Vuitton while enjoying views of Paris!

My favorite designer of all time! Courreges. Too bad I gained too much weight!

Enjoying the beauty of the buildings..

…and the views of that famous tower!

We passed the Louis Vuitton Flagship store on the Champs- Elysees.  While it wasn’t yet opened for the day, the guard as well as the line were already outside.

A surprise in the form of a very long line greeted us.   I don’t like waiting on a line. I don’t like waiting on a line in the cold. But given the circumstances and having no control, we complied.  Every visitor needed to show the Passe Sanitiare which displayed proof of vaccination. The line moved extremely quickly thanks to the efficiency of the staff and in no time,  I felt like I was back at the airport. Before entering the building, we had to take purses, coats and scarfs off as they went through the detector. And so did we. Masks also had to be worn.

The line at the OTHER LV-The Fondation Louis Vuitton. And it was well-worth the wait to get in!

The structure is modern..

Now. Before I go on, I need to say something about the mandatory mask-wearing.  It’s annoying for those of us who have absolutely no depth perception. Walking up and down stairs was nerve-wracking for me. I felt like a 90-year-old having to grasp the railings of stairways. I think my husband finally realized how bad the mask mars my vision when I wrapped my arm around the waist of a gentleman who was as tall as my husband and was wearing a similar overcoat. I was all set to give him a peck on the cheek when he turned around and I realized it was not the man I came to the museum with! Thankfully my Frenchman has a great sense of humor! 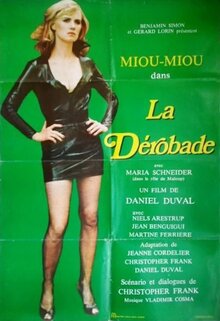 I’m happy to report that the man who I approached did NOT think of me in this way and my husband thought it was very funny. Dr. my eyes!

Sometimes you stumble into a great exhibit and let me tell you, this was that sometimes! Two brothers from Russia, Mikhail and Ivan Morozov, were collectors of French and Russian modern art.  The collection of art these brothers collected was astounding and mind-blowing. It was like the Russian version of The Barnes Collection.  Honestly, I could write a ten-page post about this exhibit but I’ll post some photos instead.

Mikhail and Ivan Morozov. These brothers had a nose for great art. Their collection is absolutely astonishing!

Renoir..this is one of many..

This painting of Mila Morozov by Valentin Serov literally added a new favorite artist for me. Serov is an amazing painter that I never knew about. Now I want to learn everything about him!

What really blew my mind was the fact they owned a painting by Van Gogh (and Van Gogh has never been a favorite of mine–his work is just too disturbing). Prsioners Exercising. It was hung for this exhibit in a little alcove and it was quite an emotional moment to see this painting in real life!

This painting. I don’t even know what to say. It silenced me.

Here’s a link to the exhibit if you are interested:  Morozov Collection Fondation Louis Vuitton

Since we had a good part of the day remaining, we drove to Bon Marche to do a bit of shopping in the Épicerie to bring goodies back for family and friends. The window decorations were also remarkable.

The Christmas decorations were very chic and fun!

…and had an added touch of humor. Gingerbread CanCan dancers!

Look what we found!  And The Frenchman purchased the last copy! That’s his dad Dany on the cover!

My husband literally dragged me out of the ornament section!

Merry Christmas to you!

Our last stop of the afternoon was at Repetto.  My favorite ballet flats.  My husband sat himself in the double-parked car whilst I went into the shop and in my not-so-bad French was able to purchase a metallic pair of ballet flats.

My metallic Repetto Ballet Flats on the right!

Did I mention oversized, almost life-sized stuffed teddy bears are a thing in Paris?  Forget the Wallace Fountain spotting.  The newest scavenger hunt is tracking down these fun stuffed animals!

A very productive day, we parked the car in the garage and made our way back to Citadines.

This evening’s dinner was at Allard. Literally around the corner from where we were staying. Because I had to wake up early the next morning to attend a baking class, we made reservations for 7 PM. This is pretty early by Paris standards and nonetheless, the time when the restaurant opens for dinner.

Allard is on our list of favorites  and rightly so!

We arrived at exactly seven o’clock but were politely turned away because the restaurant wasn’t ready. Now, you need to understand something.  Had this happened in the States, people would be going batshit crazy. Angry diners would be all over Yelp and the internet with a vengeance.

But this is France. Where food is respected. Where perfection is expected. And no eating establishment is going to open before they are ready.  We took a walk around the area and upon our return were greeted with open arms.

We were seated in a cozy banquette which lended itself well to take this photo.  I wish all restaurants looked like this.

Dinner, to say the least, was fantastic.  As far as ambiance goes, Allard has that old-school French charm.  You could be feasting in the early 1800’s.  You could be dining during the Belle Epoque era from the late 1800’s until the outbreak of WW1! It could be the 1920’s. Whenever. The restaurant just evokes a different, more refined time.

Part of the menu..

The food was wonderful as well.

The Frenchman, being -well, French—started off with Frog’s Legs. I chose the Foie Gras, which was just a great this time around as the last time we had dinner here.  The rest of our dinner was extremely enjoyable. A lively group of women were seating on one side of us and a family from Long Island on the other. And again, the service we received was stellar!

Little Frog’s Legs. My husband loves these. I think they are rather tasty too!

I started off with the Foie Gras with a grape confit and it was outstanding. My husband had the beef cheeks and I had the pollack. My apologies for not taking photos but I was drinking too much wine.

I did manage to take a pic of bread..

…and dessert. Guess who had the Creme Caramel. Hint–it was not me..

I had lemon sorbet–and it was refreshing and light!

Our pre-Thanksgiving dinner was delightful. And in my next post, I’ll tell you all about our Thanksgiving!

Far from perfect, but enjoying life as a non-perfect and flawed individual at 60 years young. I'm still wondering what I'll be when I grow up! The characters in my life's screenplay include my better half. He is a refined Frenchman who grew up in Paris and summered in St. Tropez. I grew up in Long Island and summered in Long Island. I am not refined. My three grown children are also a big part of my life. For their sake, they happily live where their careers have taken them! But I can still mother them from a distance! I write about the mundane. I write about deeply shallow issues. But whatever I write or muse about--it'll always be a bit on the humorous and positive side! It's all good!
View all posts by Catherine →
This entry was posted in Uncategorized and tagged Christmas time in Paris, Paris 2021, Paris during Thanksgiving. Bookmark the permalink.

7 Responses to A Week Back in Paris—Part Deux- Dinner. A Car. And Other Things.