I Stand With Ukraine. Do You?

To be honest, I didn’t know how to start this post or when I would write it.

I have two reviews planned, went on a visit to see my grandson, been working 9-to-10-hour days, and all through this, the people of Ukraine are on my mind.

I will be reviewing this foundation. Hint-It’s good!

There’s so much going on in my head right now that the random thoughts just don’t stop.

Vultures of a feather stick together. These two animals should get a hotel room. Oh. Wait. They already have.

Putin thinks it is perfectly fine to murder women and children. His Volga Boatman soldiers think nothing of taking the life out of innocent people with a few bombs or bullets—just like Hitler’s Nazi regime did to the Jews. Only this time, it’s Jews, Catholics, Atheists and whoever gets in their way.

If Putin isn’t stopped, we all might be singing Song of the Volga Boatmen as our national anthems.

Ukraine’s President, Volodymyr Zelenskyy, has more balls than Putin, Trump, and the Republican Congress put together.  Zelenskyy has stood up to the evillest dictator of our present time and he isn’t backing down. 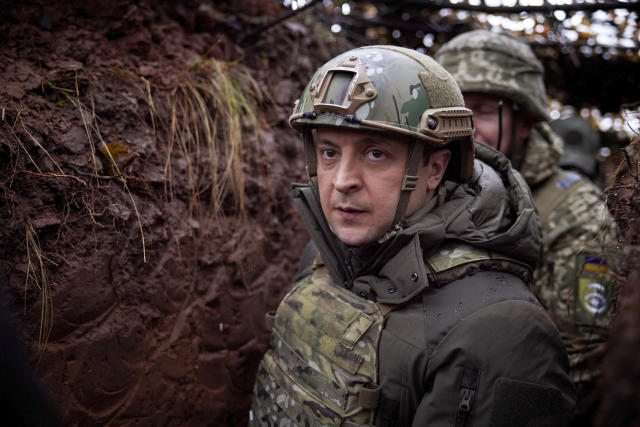 Now THIS is a real man and leader. And he doesn’t have bone spurs.

But it’s the people of the Ukraine that need to be admired. They won’t back down either. Instead, they are fighting. They are doing everything they can to preserve their freedom. They are true patriots—unlike in America where we have the insurrectionists trying to take our government over for their beloved Trump. 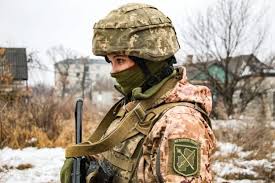 This 23-year old mom became a soldier to protect her children, freedom and country….

..a far cry from these two filthy pigs. Boebert and Greene should have their tongues ripped out and put in a cell for at least 25 years –heckling our President. These two are the trash that’s been left out for a couple of weeks on the side of the road.

And don’t even get me started on the Americans who are complaining about the rising cost of gas.  Hey. Use one car instead of two or three.  Walk the mile to your grocery store. Carpool with a coworker.  Stay home.  I’m certain the people of Ukraine would pay any amount of money for gas just to have their freedom and this senseless war of Putin’s over.

And the irony is many who complain will spend ten bucks for a pack of smokes and load up on a case of beer. Stop smoking and get rid of the beer for a while. Stop complaining.

But how am I helping?  Well, for one, I’ve donated to Jose Andre’s World Central Kitchen. It’s important that the now displaced people of Ukraine are fed. They need strength.

The look on his face says it all. Jose Andres is a one-in-a-million guy. He’s doing all he can to help the people of Ukraine.

I’ve also created a “Curse” Jar.  Since I have given up displaying my gutter-mouth for these 40 days of Lent, there are times (especially while driving) that I “slip” into some naughty language. For every curse word I utter, I charge myself a dollar.  I have two fives in the jar already. I can assure you at the end of Lent there will be a sizeable amount. I’ll peruse the sights and donate—most likely I’ll donate more to the World Central Kitchen.

I should just deposit my paycheck into this jar. Actually, I’ve been pretty good.

There is a plethora of sites that are accepting donations—do your research though to ensure they are legit!

CARE is one of the very legit groups that is taking donations.

I purchased a little sticker from VioletPoppyDesign on Etsy.  For $4.00 some of her profits are going to WCK. Can you imagine if one hundred people bought her little Ukraine sticker? Or 1,000. Or 10,000?  Every penny counts.

I purchased this little sticker. It’s the little amounts that grow larger!

And, as you might know, I have a good number of followers on my Instagram account. Nothing outstanding, but a nice number. My Instagram is fun for me because I’ll showcase outfits that I’m wearing, or what I’m up to. I keep it light.  I do, from time to time, post my views on political issues but those are few and far between.

I’m not shilling my clothes. I’m merely showcasing my personal style. But the past week or so has not been leaving me upbeat.

I absolutely posted on my thoughts of the current event in Ukraine.

I reposted a series from Joshuacoombes.  His images were haunting. Sometimes we need haunting.

And what I’ve learned from Instagram is…. how can I put this? There are a lot of phony-*** influencers in Insta-world!

Many of the mature age who take themselves way to seriously in that every post they make is a “like-to-know-it” excuse to shill. They will post what they will wear in the summer, what they are wearing to the gynecologist, on the gold course, at the movies, in the dressing rooms—and they happily tell you to click-click-click whilst handing out inspiration for the day.

Yes darling. Click on the link below so you can make this purchase. I clean my house in attire like this!  Why donate to Ukraine when you can shop this look?  The hat helps to keep my brain warm.

And it is sickening.

Only one blogger/Instagrammer has mentioned Ukraine. Susan from “Une Femme D’un Certain Age” blog.  The lone one. And I have to say, I was so grateful that she posted about Ukraine. She’s stand up.

The only influencer  I follow to mention Ukraine. She’s now basically the ONLY mature influencer I now follow! Thank you Susan!

Look. I realize I’m opinionated. And that’s fine. This is my blog and I can say whatever the **** I want to say. My opinions are mine. If someone doesn’t like my opinions, they can start their own blog.

But it just makes me wonder—why, in this present time of world crisis that could escalate into something larger and more horrific, aren’t these influencers toning it down? One influencer post about 20 stories a day on stuff she’s accumulated and stuff she’s shilling.

You can buy my beautiful outfit. It’s beautiful, isn’t it? Just click the link below to dress like me and my best friend!  It’s better you click my link than donate to Ukraine!

The freedom we have can be taken away from us in a flash—and don’t think it couldn’t happen. There was Hitler and the Nazis.  Trump tried to overthrow the election—in true dictator style. He’s also best buddies with Putin. Think about that.

Hitler. The role model for Putin and that orange guy.

Thank you for allowing me to vent. I’ll be back with a few reviews for you in a couple of days.

Tonight, or tomorrow night or whenever. Take the time to thank your God, your maker or whomever your spirit leads you to and thank them for your blessings. Thank them for your freedom because you don’t know how long that freedom will be yours.

Even if you aren’t a believer and don’t pray, wish for good karma to the people of Ukrain. Wish for their win over evil.

I’m thankful for my little ishkabibble. We saw him last weekend and he’s not a baby anymore. He’s a big boy. Walking, and blabbing and laughing. He’s such a joy and I want him to grow up with freedom. And he is our future. Our future for freedom.

Far from perfect, but enjoying life as a non-perfect and flawed individual at 60 years young. I'm still wondering what I'll be when I grow up! The characters in my life's screenplay include my better half. He is a refined Frenchman who grew up in Paris and summered in St. Tropez. I grew up in Long Island and summered in Long Island. I am not refined. My three grown children are also a big part of my life. For their sake, they happily live where their careers have taken them! But I can still mother them from a distance! I write about the mundane. I write about deeply shallow issues. But whatever I write or muse about--it'll always be a bit on the humorous and positive side! It's all good!
View all posts by Catherine →
This entry was posted in Uncategorized and tagged Support for Ukraine. Bookmark the permalink.

52 Responses to I Stand With Ukraine. Do You?