A Trip to The Mall. Or. The Frenchman Buys an Outfit!

July Fourth was a quiet one this year.  Being on a Thursday meant there was no four-day  or three-day weekend for me.  I had to head to the office twenty-four hours later .  And so, it was a day of reflection rather than fireworks. 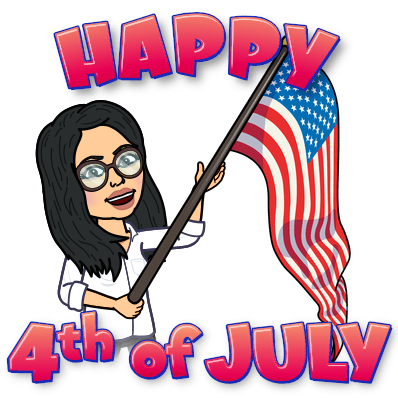 This year, July 4th was just a day off from work…or was it?

Two of my favorite Imports!  My Irish grandmother who had 98 wonderful years, and my Parisien husband!

No fireworks. No barbeques.  Instead, we managed to have a very productive day.

At the mall.  At the King of Prussia Mall.

Ahhh the good old KOP Mall.  And after a bit of a makeover, its better than ever!

You know how I bought my Mother-of-the-Bride Dress months ago?  Well…the husband realized he needed a new blazer for the wedding.  So off we went.

Now, under normal circumstances if the shopping trip isn’t about me, interest is quickly lost.  However, because my daughter’s wedding is two weekends from today, Monsieur Bonaparte needed to bust-a-move!

We started off at J. Crew.  The Frenchman was looking for “his size” of 42 Long.  Much to his chagrin, there was no 42 long.  We were approached by a sales assistant, and, naturally, I had to do the talking simply because my husband is afraid of being “accent shamed”.  Hmmm…. let’s think about this for a minute.  A debonair and very sensual French accent or a nasal, loud, high-pitched Long Island accent?  I did the talking.

It’s true. You should hear me sing Happy Birthday at the top of my lungs!

Our sales assistant, Brian, was great. He was patient, and incredibly helpful and when I explained that Bonaparte wanted to look around at other stores, he completely understood.

Get a good look at this. We’re at J. Crew and the husband is telling me NO PHOTOS!  I’m rolling over on the floor laughing.  As if I’m not going to take the opportunity………

With a wave of the hand and a word that we would be back, we were off in search of the elusive blazer.

More on the fantastic Brian later.  He had me at manbun/topknot!

Next stop Nordstrom.  You know, I’m becoming increasingly disappointed in this establishment. The selection of Mother-of-the-Bride dresses was bad enough but for God’s sake, the store didn’t even have navy blazers/sportscoats for men let alone one in my husband’s size.  And the salesman was about as helpful as a hemorrhoid.

From there we decided to take a walk over to Brooks Brothers.  Brooks Brothers has always been dear to me ever since I worked on Wall Street.  Besides—it’s where I bought Jake’s uniform blazer and pants when he started Kindergarten at St. Ignatius Loyola.

Back in the day..when the Kindergarten age cut-off date was December 31!  Four-year old Jake on his first day of school dressed in Brooks Brothers!

And as we started our walk over to B-Squared (my nickname for Brooks Brothers), I spotted it.  The new Morphe store at KOP mall.  Hell would have frozen over if I didn’t take a detour and the Frenchman saw that look on my face so he took it in stride and in we went.  Morphe pulled all the stops out because there was a section for seating, which my man took full advantage of.

OMG!  Morphe at the KOP Mall.  This is sure to turn into my new hang-out!

Haylee, the cutest sales assistant approached me to see if I needed help.  This was a great thing because we all know that at Ulta, the sales assistants run away from any woman over the age of 40 and if you are older than 60, they practically shove you out the store!  I’m not even mentioning Sephora anymore.

Isn’t Haylee adorable?  and her makeup is on point!  Thank you Morphe for NOT being like Ulta and Sephora and having sales staff that will approach the mature demographic!

There’s something so appealing about a new store. Everything is so well-organized.  The fixtures are so spanking clean that they sparkle.  And the products, little virgins, are so precious.

Look how pretty everything is..and so new.  I see Jeffree Star stuff!!!

My only disappointment was that Jeffree Star wasn’t there. Yes. In my delusional imagination, I thought there would be a chance I would hear a “How are ya” from my favorite makeup guru.

Thanks Gurl for this video.  I’m depressed that my Jeffree wasn’t at Morphe to ask me this question.  Now I feel like $hit because he wasn’t there!

Instead, I picked up his Velour Lip Scrub in Cherry Soda. I figured there’s no calories so I would indulge.

I’m such a sucker for Jeffree Star’s packaging!

And might I add that this lip scrub works wonderfully to exfoliate the lips into soft and kissable little pillows!

I also picked up a Morphe Lip Gloss in the shade Boho. It’s a great gloss and a caramel pink that is a perfect neutral.  The total for both was $18.00 due to a 20 percent sale.  I was happy.  And off we went to Brooks Brothers!

And a gorgeous neutral this is!

The salesman at Brooks Brothers was very helpful and went all out to find a 42 L.  Now, Brooks Brothers has always been known for more of a conservative and looser cut in their suits and sports jackets.  The brand is changing with the times and the blazer Bonaparte tried on was more of a slim cut but he wasn’t fully satisfied with the looser sleeves.  With thanks for the help, we were yet, off again.

Don’t worry. He’s French–he’s actually smiling!  Seriously, he liked this jacket but the sleeves were too loose.

This time we headed to JoS. A. Bank men’s store.  Funny, but I’ve always called it Joseph Banks. My bad.

As he “sinks” about the fit of this blazer…

He likes it…and I “sink” it looks nice but we both keep thinking about J. Crew.

Again, we had great assistance and three blazers were tested.  In fact, one was almost purchased but the husband still wanted to be sure. We headed off to Bloomingdales.

The selection at Bloomingdales was less-than-stellar. WTF is it these days that makes it nearly impossible to find a blazer?  I almost feel sorry for men because the suits are readily available but the blazer/sports jacket is almost elusive.  I’m glad I’m a woman.

Bloomingdale’s and Nordstrom both have a better selection of casual clothing than suiting for men.  I think..or rather I “sink” that’s sad.

The sales man at Bloomingdales was a pain-in-the-ass. I know my husband will think I’m being mean but he was pushy. I can’t stand that.  What is it with department store help?  Oh wait. I worked at Nordstrom. It’s commission. The sales assistants are like sharks ready to bite your leg off.

Yeah. OK Jerry Maguire.  At Bloomingdales it was more like “Help You Help Me get a commission”

Needless to say, we left Bloomingdales, and quite frankly, I couldn’t get out of that store fast enough!

Now, at this point, I would have allowed impulse to take over and made a purchase just to have anything. But my husband is a methodical shopper. He thinks.  He mulls a purchase over.  He’s very European.  No wonder the French are such great dressers!

And all the while he kept mentioning that he liked the blazer at J. Crew the best.  So off we went to return to J. Crew.

Brian was still there and he couldn’t have been more helpful.  He measured another blazer against Bonaparte’s body to get the proper fit.  And then he had the Frenchman try on a 40 Regular just for the heck of it.  Both Brian and I were quite surprised because the jacket was a near—perfect fit.

Near perfect?  Yeah.  Apparently, what he wanted was a shorter sleeve length because he likes the tip of his shirtsleeves showing.  It ended up that a 40 Long wasn’t needed. In fact, ¼ inch of the 40 Regular will be trimmed off by the free tailoring at J. Crew.  If you use the J. Crew card, you get free alterations.

But something else happened.  While at J. Crew, the husband noticed a pair of pants.  The pants had a slight vintage 1970’s vibe without looking too Burt Reynolds.  A subtle plaid, if you will.  A gray and navy to be exact.  He picked the pants up and his face took on a gleeful glow.  Brian, our great sales assistant thought it was so cool that Bonaparte picked those pants.

Bonaparte’s only issue was that he thought he might be too “old” for such a fabulous pair of pants.  Ummmmmmm…. you all know what my reaction to that was!!!

Off to the dressing room to try the pants!

The pants.  The Stepfatherhood of the Traveling Pants!!!

The end result?  The “Stepfather-of-the-Bride” is gonna rock the dance floor at Oona’s wedding!

It’s that magic moment when the retail stars align.  Brian, the gem of J. Crew is the brand’s best sales assistant.

Brian and Bonaparte!  You can see that The Frenchman is thrilled beyond belief because you can actually SEE the smile this time!  Thank you Brian!!

And moreso,  I was happy because the husband never spends time nor money on himself. It was a fun shopping trip!!  My husband..he’s a dandy!!!!

And that’s how our July Fourth was spent.  A quiet evening with aperitifs on the deck and a lovely meal and it was upstairs to sleep and wake up to go to work the next day.

How did you spend your Fourth?

Far from perfect, but enjoying life as a non-perfect and flawed individual at 60 years young. I'm still wondering what I'll be when I grow up! The characters in my life's screenplay include my better half. He is a refined Frenchman who grew up in Paris and summered in St. Tropez. I grew up in Long Island and summered in Long Island. I am not refined. My three grown children are also a big part of my life. For their sake, they happily live where their careers have taken them! But I can still mother them from a distance! I write about the mundane. I write about deeply shallow issues. But whatever I write or muse about--it'll always be a bit on the humorous and positive side! It's all good!
View all posts by Catherine →
This entry was posted in jcrew, men's fashion and tagged J. Crew, men's fashion. Bookmark the permalink.

26 Responses to A Trip to The Mall. Or. The Frenchman Buys an Outfit!