The One TV Show Every Woman Over 50 Must Watch!

I, as well as most women of my age, spent a lifetime watching reruns of “I Love Lucy”.  Lucy and Ethel are the most iconic team in comedy.

Haven’t we all seen every episode at least twenty times over the decades?   Haven’t we all aspired to work in a candy factory or sell Vitameatavegamin?

One of the funniest buddy scenes of all time!

Then, in the early to mid-sixties, when most of us were nearing the pre-teen years, we had another team to look up to.  Patty and Cathy Lane.  Who didn’t want to be one of Patty Duke’s twin cousins?  Did we not learn how to speak with a British accent from imitating Cathy?  I remember wanted to be just like Patty when I entered my teen years.  This one-woman set of twins was a talented team to look up to.

The 1970’s brought Mary and Rhoda.  Two women in their thirties.  The stereotype of the meek and mild and obedient woman was broken.  Mary and Rhoda were their own women. Feminism brought on a new genre of TV character. It was A-OK to be single, career-minded, and independent. And the women had a great and strong friendship.

Empowering Mary and self-effacing Rhoda. They made a great team. And really, don’t we have a little of both these women in us?

The 1980’s into the early 90’s brought not a team, but a quintuplet of women living together. The Golden Girls. This show focused on a group of older women.  Truth be told, I never cared for the show.  I know. I know. I’m in the minority here.

But here’s the thing.  Every episode I’ve ended up watching was dopey. I realize The Golden Girls was a comedy and was groundbreaking in the fact it was about older women, but it showed older women in every moronic stereotype known to man—from the top of their gray hair to the unstylish clothing they wore.  I’m not kidding. I can’t even watch the reruns. It’s as though Hollywood was patronizing the older women.

Individually, I loved all of these women as actors. Together on this show, I couldn’t stand it. I really did not like this show.  Let me know what you think? Did you like it?

Fear not, the early nineties into 2012 had us all laughing with guilt because we were able to relate in some way to Absolutely Fabulous’ Patsy and Eddie.  Oh yes.  The remarkable thing about Ab Fab was that it showcased the incredibly deliciously naughty behavior of two rather self-absorbed women of a certain age. They drank. The smoked. They took drugs. They were not nice–but I loved them! I will admit, Pasty Stone is my shoe icon! Patsy and Eddie were the bad girls in us!

Patsy and Eddie. Delightfully bad.  I cannot get through an episode without laughing to the point where I need a Depends!

But there really hasn’t been a show about older women and their struggles both emotional and otherwise while adding a touch of humor.

The show is “Grace and Frankie”. The new female tag team is Jane Fonda and Lily Tomlin.

Tomlin and Fonda are “absolutely fabulous”  as Grace and Frankie!

Now in Season 3 on Netflix, I’m loving this show more and more.  It’s been renewed for Season 4 and I am telling you that this is the one show every woman over 50 should—no, make that must be watching.

In case you are not familiar with this show, here’s a brief rundown.

The couples that work together…sometimes end up married to each other!

Robert and Sol fell in love, divorced themselves from Grace and Frankie, moved in together and got married.

Now—Grace and Frankie were not the best of friends. They are opposites. But because the women would not compromise on selling a jointly-owned beach house, both women found themselves as unlikely roommates.

Not only did Grace and Frankie marry well–but they divorced even better. What. A. House!

And the show is about their life together.

It’s funny. It is witty. It is charming. It is touching, and at times, a bit sad. It has a great cast. And it is not without fault.

But first, the greatness of it all.

The women are old.  Not fake old—both women are in their seventies. It was mentioned in one episode that their combined age is 146. They have aged and they are well-aware of it.

Things didn’t turn out the way they thought things would turn out. Neither thought she would end up divorced, let alone have their husbands become husbands to each other!

They raised their kids. They are over that.  Grace has grandchildren and she is not portrayed as the sweet, homespun, rocking chair granny who lives to dote on them.

And although Jane Fonda’s Grace may look perfect (Let’s face it, she still has a Barbarella body) she is not without fault.  She is bossy. She is arrogant. She drinks too much. She is bitter and must be in control.  She is stubborn.

She may drink too much, but her wardrobe is pretty darned chic.  Jane Fonda is such an ice princess as Grace–but she’s so damned comedic too! In a classy way, of course!

Lily Tomlin’s Frankie is the old hippie.  She hasn’t given up her liberal flower power ways. She smokes pot.  She’s an artist.  She is naïve. She is flaky. She’s a bit immature. She can’t focus at times. She is sweet and kind.  She is stubborn.

…and Tomlin’s Frankie curses up a storm!  You know I love that!

Their grown children are not without fault or issues. They are a dysfunctional group.

Frankie’s sons are not much better off. Coyote, an ex-druggie, is a man-child with no real ambition other than playing his guitar. But—he is sweet and a genuinely good guy.  Nwabudike, Bud, Frankie’s adopted African son, is the more conservative of the family. He’s an attorney who is taking over Sol and Robert’s law practice. And his girlfriend is crazy AF.

But that’s the notable thing about the women’s grown children. They are far from perfect. They have issues. They are pretty much normal! They argue but there is a definite closeness and fondness for each other.  Especially between Coyote and Mallory.  They were together at some point.

Caressing the prototypes of their vibrators.  The vibrators are arthritis friendly.  It’s a hilarious subplot!

And look! Ernie Hudson, my favorite Ghostbuster, plays Jacob, Frankie’s boyfriend!! They are so adorable together!

And it is also sad and frustrating.  The women go to see a banker to acquire a loan for the business.  They are turned down. Not because of the nature of the business, but because of their ages.  The fact each woman is 73 years old is too risky.  And that’s the reality.  Ageism hurts.  And it is out there.

After leaving the bank without a loan, Frankie questioned why they didn’t get it. Grace turned to her and said “Because we’re OLD”–it was a sad moment. Sad but realistically true.

In another episode, Vibrant is almost acquired by an existing company.  In the promo ads that have been created, Grace and Frankie have at least three decades airbrushed off their faces.  Frankie is mortified about this. But in a fleeting moment, Grace looks at her photograph with an expression of complete melancholy.   She loves the photograph and finds it tempting.  But in the end—common sense and reality win out.

They were more airbrushed than this.  And this is pretty much airbrushed!

Ahhh–the trials and tribulations of electronics when you reach a certain age!

I could go on and on but you get the gist. It’s a great show about aging and friendship and life in general.

We need more shows that stress friendships between women–especially as we age.

And that is what I absolutely love about this show.

What I’m not too fond of is an issue with many shows.  Why do the women have to be in the one percent?  It would have been a nice and more realistic touch if, instead of a shared beach house on a prime slice of real estate, the women were forced to live together in a home that could have been an investment property meant to flip.  Perhaps in a more urban area?

Nuthin’ like having the beach as your backyard.  This isn’t a reality for 99 percent of us!

And, at times, I feel Frankie’s flower child personality is a bit over-the-top, but it isn’t a deal breaker.  I love Lily Tomlin and I find myself laughing out loud at her ability for physical comedy!

You know, there aren’t any shows about aging. There are no films out there. The fashion industry ignores us.  The cosmetics industry focuses on “anti” aging when in fact, we age with every second.

Why not embrace the aging, older woman?  Thank you, Netflix, for allowing us to see ourselves in a positive light! 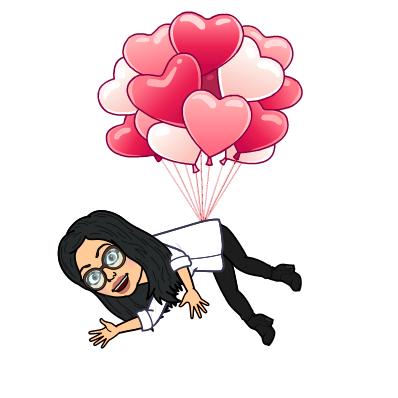 Let’s end this post with a song about Friendship—Carole King, you’ve got a friend!

Far from perfect, but enjoying life as a non-perfect and flawed individual at 60 years young. I'm still wondering what I'll be when I grow up! The characters in my life's screenplay include my better half. He is a refined Frenchman who grew up in Paris and summered in St. Tropez. I grew up in Long Island and summered in Long Island. I am not refined. My three grown children are also a big part of my life. For their sake, they happily live where their careers have taken them! But I can still mother them from a distance! I write about the mundane. I write about deeply shallow issues. But whatever I write or muse about--it'll always be a bit on the humorous and positive side! It's all good!
View all posts by Catherine →
This entry was posted in Uncategorized and tagged Aging, Friendship, grace and frankie, women. Bookmark the permalink.

48 Responses to The One TV Show Every Woman Over 50 Must Watch!