I Ended the Summer With a Colonoscopy

Posted on September 2, 2019 by Catherine

And it ended with quite a bang.  From my hindquarters, that is!

But before I go on, I want to explain my absence for a good part of this summer.

Work is stressful and with being short-staffed, it will continue to be until vacancies are filled. 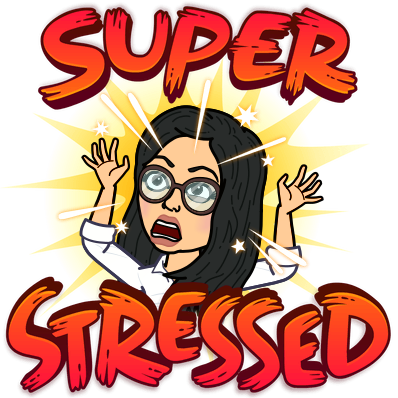 Yeah.  That’s me.  With darker hair.  And stressed!

Oona’s wedding was also a point of stress.  But not necessarily in a bad way. It was more stressful in a worrisome way.  As in will it all go on without a hitch.  Will everything fall into place.  How will the travel go?  And it’s over and I can breathe a bit better.

My baby girl is now a married woman and she’s incredibly happy!  No more stress!

The stress of seeing myself in her wedding photos from a side view. Holy God.  I put on some serious weight and I’m so upset about that.  I stress-ate for about six months and starting now. Not tomorrow or next week but now I’m once, again, being diligent in healthier eating (which I’ll get to later on in this post).

Allow me to share what is most likely one of the more “Kind” photos of me because I looked like a tank!

And then there was the stress of having my colonoscopy. 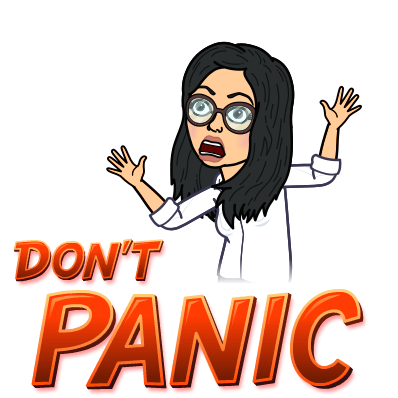 Why not?  Panic is what I do best!

I made the appointment back in June.  I’ve had polyps in the past making a colonoscopy routine every five years for me.

And don’t think it isn’t stressful to think about it.

What goes on in my mind?  This time it could be worse.  And knowing that, my only “satisfaction” if you will, is eating.  It’s a vicious cycle, it is.

Anyway, I had this procedure done last week.  Tuesday, to be exact.  And here’s how it went down.

Because there is extensive preparation to empty out the colon, I had to take half a “sick” day. Add to the “sick” day for the procedure that totaled 1 and a half sick days.  I will remain silent on my feelings.

Well…..I didn’t come in for 1 1/2 days because I wasn’t in this state. It was quite the opposite!

With no prescription, the doctor’s office gave me a recipe for another option.

A delicious cocktail made with Gatorade and MiraLAX.  And instructions to take four Dulcolax pills before drinking.

Think of the Dulcolax as the olives in the martini…

And the MiraLax as Dry Vermouth…

….and shall we consider the Gatorade akin to a good Vodka?

Bonaparte went to the store, picked up two bottles of Gatorade, the green color and a lovely shade of green it was, the MiraLAX and the Dulcolax.

At approximately, 4 PM, I took the pills to kind of loosen things up a bit.

Yummy, Yummy!  Now THIS is a cocktail!

And let me tell you that it didn’t taste at all bad.

I was to finish the second of the cocktails around midnight.

By Ten PM, nothing was happening with the exception of a few gurgles within the confines of my stomach.  It occurred to me that nothing may have been happening due to a blockage.  Yes.  I think that way.

There was some movement but now quite to my bowels!

At a little after 11 PM, the gurgles became stronger, making their way down the intestinal track and I had an urge that was not unlike the urges to push when I was in labor.

Suffice it to say.  The stuff worked.

And worked.  And continued to work the remainder of the evening into early morning.

I would love to but my bottom is like an unhinged tap at this point!

I did not sleep for I was feeling rather “flushed”.  Literally.

As early morning arrived and I was still sitting upon the Queen’s throne, my concern was that I would still be sitting and $hitting rather than on my way to the procedure.

Yeah. I was pretty-much this guy.  Thank you Giphy for such a wonderful visual!

But as 5 AM approached, it was safe to get ready.  Sort of.

My appointment was at 6:30 AM in Bala Cynwyd.  This meant having to take the Schuylkill Expressway.  Which, is not an expressway due to the amount of traffic you will find at any time of day or night.

My choice of clothing was a black dress from Old Navy that is very simple, comfortable and falls loosely over my bottom half.  I also wore my favorite wig—Jamison.  I figured a nice bob length would be the perfect choice of fake hair.

And why wouldn’t my favorite wig come with me to have a colonoscopy?  At least the top of me looked good!

And as I was leaving my little room where I put my makeup on (Oh yes.  I went in there with a no-makeup, makeup face), I felt, yet, another urge albeit not as strong as a couple of hours earlier.

I felt as though I had no control over a certain little muscle in my body that shall, for this post, go unnamed.

My only solution was to grab the nearest towel from the rack on the wall in the bathroom and shove it where the sun doesn’t shine.

And I made sure the towel was color coordinated to my dress!

And that is how I traveled to the Main Line Endoscopy Center in Bala Cynwyd from Phoenixville.  Sitting on a towel because if I hadn’t, the passenger seat in my husband’s car would have gotten “soiled”. And that would not be a good thing.

And that is how I entered, not only the building, but the area in which I had to enter to check in.

At this point I felt like a bottomless tap of recycled Gatorade. And my only thought was somewhere there was a Pee Wee Football league who could have made use of this recycled Gatorade and run faster to reach the goal post!

Hey buddy. I’LL help you win the game.  Just allow me to bend over and give you some nutritious and recycled Gatorade. You’ll win that game in record time!

Once changed, my body had no more liquid to dispose of and I was wheeled into the waiting area.  I was thrilled that I was able to keep my wig on and the staff was incredibly chipper –especially for 6:30 in the morning!

Mike explained the anesthesia process and Dr. Kaufman greeted me and went over the procedure and the next thing I knew; it was over and done with.

All is as well as it ever will be!

The results?  I had two polyps cut out of me.  I have Diverticulitis.  I’m fine.  And presently researching foods that won’t cause any flareups.

So, I’m ready to lose weight but in a very healthy way.

And I’ll be back for another colonoscopy in five years.

Do yourself a favor—if you haven’t done so already, make an appointment for a colonoscopy.  I know it is a literal pain-in-the-ass because of the prep but treat yourself to the delightful concoction of Gatorade and laxatives.  Get a few trashy magazines to read in the bathroom and by all means, get an old towel and shove it up your………………………………………

And that’s it.  I’ve been stressed.  I’ve been a bit not myself and I needed a short break from writing.

I’m back now and rarin’ to go!

Take care of yourself.  You are your own gift to yourself and others!

Far from perfect, but enjoying life as a non-perfect and flawed individual at 60 years young. I'm still wondering what I'll be when I grow up! The characters in my life's screenplay include my better half. He is a refined Frenchman who grew up in Paris and summered in St. Tropez. I grew up in Long Island and summered in Long Island. I am not refined. My three grown children are also a big part of my life. For their sake, they happily live where their careers have taken them! But I can still mother them from a distance! I write about the mundane. I write about deeply shallow issues. But whatever I write or muse about--it'll always be a bit on the humorous and positive side! It's all good!
View all posts by Catherine →
This entry was posted in Uncategorized and tagged colonoscopy, Over 50 health, Preventative health. Bookmark the permalink.

26 Responses to I Ended the Summer With a Colonoscopy