Deception: The act of deceiving someone.  A thing that deceives.

Perhaps it was that boyfriend who cheated on you.  To make matters worse, perhaps he did so with your best friend—or any friend.

It’s happened to most of us!  Deception!

Or maybe it was someone who took an idea of yours and made it their own.

No. Stealing ideas can’t be legally taken away–but people do it all the time. It’s deceptive and dishonest and vile. But it happens to the best of us!

Perhaps it was a coworker who stole a project from under you, took all the credit and you were left standing like an idiot.

The look you have when you realized a coworker screwed you over!

People deceive.  People steal, and they steal intangible from you to make themselves appear better, bigger and more creative. 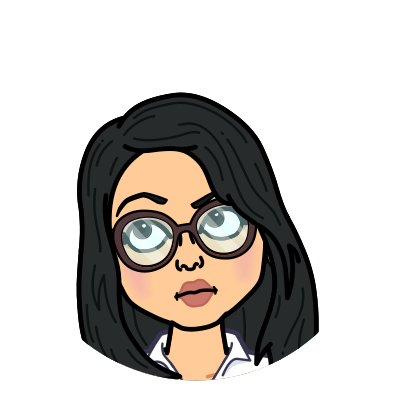 Seriously?  Yeah.  I’m becoming jaded with all the deception that surrounds us!

And in my deeply shallow thinking, one of the worst deceptive crimes is packaging.  Yes.  deceptive packaging.

It happened to me the other day and I cannot shake it off.

Who would think that a $6.00 bottle of face primer would trigger me into a frenzied state about deception?  But–It did!

I was getting ready to prime my face with my e.l.f. Tone Adjusting Face Primer.  I happen to be a huge fan of this primer.  Anyway, I pumped and just a bit came out of the bottle.  I pumped again. Nothing.  It was odd because this was a relatively new bottle—I hadn’t gotten it that long ago.  Perhaps something happened to the pump.  And so, I opened the bottle.  And I found the most deceptive packaging of my life. Inside the bottle was a cylinder. The cylinder was a very light lavender. The bottle, frosted plastic, gave the illusion of the lavender cylinder being the actual product.  Inside that cylinder was another cylinder.  This small cylinder was where the product was held.

After turning the bottle upside down, things appeared suspicious.  Cylinder one was inserted to make fools like me believe there was more product than there actually was….

Cylinder two–see that small, slender little thing of a cylinder?  THAT’S where the product was. And it wasn’t much at all! .47 ounces?  That’s less than a half an ounce.  At six bucks it is no bargain!

Now—there was no mention of how much product was in the bottle.  It was on the box that the primer came in.  Add to that, I never bothered to inspect the bottle by turning it upside down when I purchased it and took it home to use.  I trusted e.l.f. as a brand.

And after researching, I did find out that only .47 oz. of product is in this bottle.  More bottle.  More packaging. Less product. At a cost of $6.00.  So basically, the e.l.f. primer isn’t as inexpensive or as great a value and bargain as I thought it was. Deceptive.

I have another bottle of this primer that I opened. I will use it because I purchased it.  However, I will be more educated next time around.  This e.l.f. primer will not be a part of my routine after the present bottle is used up.

This is what drives me up a wall.  I want to see how much product has been used and how much I have left before I rethink a repurchase.

I’m visual. If I can’t see how much is in the bottle or container, then please tell me how much product is inside!

The Ordinary has great packaging. It is honest packaging.  A great many products from the company are packaged pragmatically.  You can see how much product is left.  And for the squeeze tubes, the amount of product is in clear sight.

My The Ordinary bottle of Hyaluronic Acid.  Look!  I can see how much is in the bottle. Same with The Ordinary liquid primer.  The Ordinary places many items in bottles like this.

And when the products are in squeeze tubes, at least the amount of product is clearly displayed on the packaging!

I’m a fan of my Skin Actives.  I like products in jars. When I open the jar, I can get a visual of how much product is in the jar.

My jar of Skin Actives Dream Cream is almost at the bottom–and that’s a nightmare!  I need to order!

My beloved Je Ne Sais Quoi Vitality Lip Flush (of which I have three) by iT cosmetics.  I can see how much product has been used, and by God, I’ll scrape every iota out of that tube!

Chippy also likes this.  He tried to eat the tube but I saved it!  See how much product is left?  I’m scrapping that barrel!  I LOVE this stuff! And–I know when to repurchase!

My point is simply this, don’t deceive me with your fancy packaging. I’m tired of it.  I don’t care about your frosted plastic or glass. I don’t care about the ridiculous amount of money that was spent on packaging your product to make it look nice and appealing.  I want product. How come a company like The Ordinary can be a success without the ribbons and bows?

Be honest.  Be truthful.  Be real.  Be transparent.

The same goes for food items and recipes.

Bonaparte has had a hankering for Escargot lately.  We used to buy frozen escargot in the shells from Wegmans.  However, and I think it may be due to some bizarre law that you can’t buy snails in the shell in the State of Pennsylvania anymore, the store no longer sells them in our area.

Bonaparte ordered these babies through the internet. And we got what we ordered!!!

Naturally, my Gallic hero did some online sleuthing and found them at Gourmet Food Store, an online entity.  This online store is amazing! He ordered two plates, spent a ton of money on shipping, and we received them within two days.  We had one plate last night and they were spectacular!  Earthy, buttery, garlicky little nuggets.  This is an online company to be trusted.  They were honest in their online description of the dish and what we received was better than expected.  No deception here!

Such goodness in a little shell!  Miam Miam!!

You can hear Bonaparte talking about these snails!

And then there was the Daniel Boulud’s Chicken in Cream recipe that I watched him make on Mind of a Chef.  It looked freaking awesome.

Chef Daniel Boulud  sure knows how to make a great chicken dish. And now it’ll be on my regular winter rotation!

With pen in hand, I perused the internet and found a YouTube video, but I needed more. I needed an actual recipe and found it on Elle Décor.

The recipe looked inviting and Bonaparte, knowing who Boulud is, suggested I try it out.  His one concession was that I cook the mushrooms separately because Bonaparte cannot stand mushrooms. I had no issue with it.

I’m a self-proclaimed “Herb Whore”.  I can’t just use a little herbs. I need to use a ton. And this recipe called for a bouquet of herbs that was very petit by my standards. Still, I followed Chef Boulud’s instruction.

Bonaparte, who always must put his two-cent’s worth in, suggested adding Cognac.  I told him to go back to watching TV and that this recipe clearly didn’t need the Cognac.

Well, this recipe was fantastic.  Bonaparte agreed that it didn’t need Cognac.  I was floored at the flavors the small herbal bouquet added.  I was blown away.

I am sorry I didn’t take a photo of the mushrooms that I cooked to add to my serving but this chicken dish was incredible!  I ate one thigh.  Bonaparte ate one breast, two wings and a leg.  He couldn’t help it–it was just so good.  It doesn’t look like much cream but there was, I poured it into a sauce thingy.

Honesty in a recipe. And that’s why I love old-school French home cooking.  Simple.  Easy. Honest.

Tell me.  Have you been deceived?  Can you relate to what this post is about? Let me know.  And for your entertainment, here’s a very honest look at my home!  I have it on my YouTube channel and I know that I sound like a broken record but if you enjoy the video, please subscribe.

Enjoy the remainder of the weekend!XOXOXOXO

Far from perfect, but enjoying life as a non-perfect and flawed individual at 60 years young. I'm still wondering what I'll be when I grow up! The characters in my life's screenplay include my better half. He is a refined Frenchman who grew up in Paris and summered in St. Tropez. I grew up in Long Island and summered in Long Island. I am not refined. My three grown children are also a big part of my life. For their sake, they happily live where their careers have taken them! But I can still mother them from a distance! I write about the mundane. I write about deeply shallow issues. But whatever I write or muse about--it'll always be a bit on the humorous and positive side! It's all good!
View all posts by Catherine →
This entry was posted in Uncategorized and tagged Beauty, Deception, French Cooking, Honesty. Bookmark the permalink.