Weekend! A Whole Lot of Nuthin’!!!

And what a weekend.  Overall, it’s been a relaxing one. Yesterday, I concentrated on cooking and trying desperately not to “pick” while doing so.

I’m afraid to say, I failed.  I picked—but what I did pick was at the least, healthier choices than a party sized bag of Tostitos and a jar of Cheese Whiz. 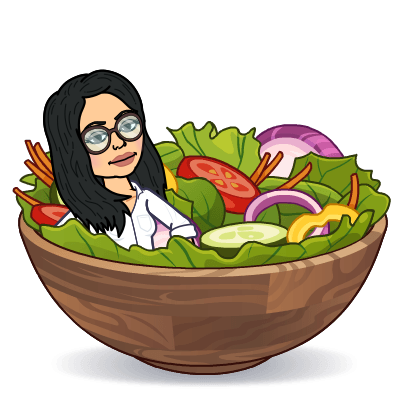 Pick me a winner!!!  Unfortunately, I picked at high-calorie black olives and not a zero-point salad with no dressing!

I’m telling you, this Freestyle WW program is really very challenging to me.

Other than that, yesterday was one of those days where I didn’t want to do anything other than cook.

Dinner was great. I made one of my favorite meals. Chicken Breasts with Roma Tomatoes, Black Olives and Basil.  This time I did something different.  Normally, I dredge the chicken in rice flour before sautéing them. I skipped this step.  I sprayed the pan with Pam and then cooked the chicken and it turned out fine. Not dry at all.

The makings of  last night’s dinner.  Surprisingly I didn’t miss the bread.  And there was no added fat. Too keep things on the moist side, I added white wine and the juice from the canned olives!

I still made sure the table was properly set.  It’s even more important during a weight loss journey to have nicer place settings!

The finished product!  I swear this is one of my all time favorite meals. So easy and it’s the perfect dish when you really don’t know what to make!

I also slow-cooked a dish that one of the women in the Weight Watcher’s group I belong to created. I call it “Ruth Frazier’s Chicken and Sauerkraut”.  Take a pack of chicken breasts.  Take three cans of sauerkraut.  Dump everything into the crock pot and cook ten hours.  It’s like German-style barbeque!  I seasoned with the “Everything But The Bagel” from Trader Joe’s. No added salt, but I added tarragon and black pepper.  This. Is. Great!!  And I’m petrified to weigh in tomorrow evening because I picked at this on Saturday and today.

Take a pack of chicken breasts….

Put it all into the crock pot, season, turn it on low and forgetaboutit for ten hours.

This is supposed to be a zero-point meal, but the way I attacked it in picking, there’s points!

And while I thought I would be baking the two-ingredient, three-point bagels, I passed on it this weekend.  There is a chance that I’m losing my craving for carbs right now.  We’ll see.

The Carrie wig that I received from Uniwigs didn’t fare too well after I washed it—and I ruined it further by cutting it in hopes it would look better after snipping the napped and dry ends.  Then I remembered seeing a few videos on reviving wigs with a steamer.  I found one at Walmart (where else?) for $19.48. I put it to the test and steamed the wig.  It turned out beautifully and I regretted every putting a scissor to her.  Lesson learned.

This inexpensive steamer is amazing–brought Carrie back to life!  I’m thrilled!

Less than twenty bucks–if you wear a wig and see this steamer at Walmart, grab it!!!

I did, however, put a scissor to a few of our Poinsettia plants.  I want them to bloom next December and the process of cutting the plants down starts now, if need be.  Some of the stems were becoming “woody” so I cut them. New growth should appear in a few weeks—then at summer’s end, the plants will need total darkness for 10 hours a day.  It’s a lot of work but in the end, I’m hoping that I reap the rewards with more blooms. I love Poinsettias!

Bonaparte was extremely upset that I cut some of the poinsettias down.  He doesn’t believe they will grow back and rebloom.  I’m a Sunshine Pumper so I think they will!

So anyway, last night after dinner, I headed upstairs to see what Bonaparte was watching.  There’s a series on Netflix about Versailles titled “Versailles” and my Frenchman has been addicted to this.  Now—all I could think of was the cheesy Versailles series that aired on Ovation two years ago. OMG. I thought it was almost comical and I stopped watching after the third episode.

Louis Quatorze played by George Blagden and his bi-sexual, cross-dressing brother, Phillippe duc d’Orleans played wonderfully by Alexander Vlahos make this series worth watching.  The costumes and wigs are enough for me!  But it’s so juicy!!

This is that Ovation version. Netflix acquired it but I don’t know what happened because I got hooked on Season Two and I’m so glad that it’s been renewed for Season Three. It’s so juicy!  The series follows all the dirt on Louis Quatorze and his cross-dressing brother Phillipe, Duke of Orleans.  The wigs are right up my alley and so are the costumes.  I’m so glad I gave the series a second chance!!  Sometimes, second chances are so worth it!

How pathetic is it that Alexander Vlahos as Phillipe is prettier as a woman than I am?  That wig is to die for!!

This morning proved to be quite the frustrating one though.  My goal was to make a couple of YouTube videos for the three people following me.  But when I went to turn my laptop-from-Hell on, the camera wasn’t working. 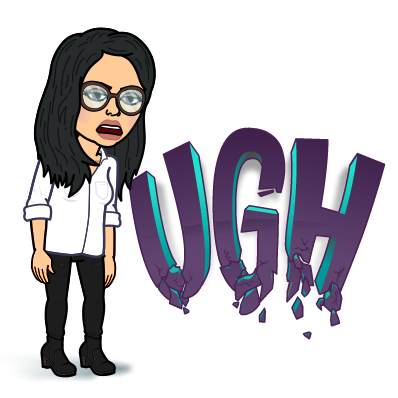 I remained calm over my laptop issue.  I didn’t have a tantrum like last time. Remember THAT?

Three hours later, I fixed the issue. Don’t even ask my how I did it, but it had something to do with the Logitech webcam needing updates.  And the videos were completed. I was very proud of myself for not losing it the way I did a couple of months ago?  In case you never saw the post “My Laptop Turned Me Into a Monster and I Am Not Ashamed!”

Then I went to check my Instagram.  I enjoy Instagram simply because I love looking at photos.  I noticed that quite a few people had unfollowed me and I went to the “unfollow” app that I have on my phone.  Wouldn’t you know it—I have been unfollowed by women of my own demographic who pontificate supporting each other.  Funny how that happens.  I couldn’t help but get my bitch on and simply unfollow them back.

I got my creativity on and made this meme!

I don’t unfollow anyone on Instagram unless they unfollow me—and boy, you would be surprised at the women who have unfollowed me!  I’ll end this here and now.

You know how much I am a fan of Wet n Wild cosmetics.  I love the brand’s Photofocus and Cushion foundations.   I also like their concealer and a few other products.  Anyway, last week I realized I was running low on my Hard Candy primer. When I went to Walmart to replace this particular primer, Walmart was sold out.

It was then I noticed the Dewy Lumineux Primer from Wet n Wild.  At $4.68, I thought the price was right.  Until I placed the tube in my hand.  There is only.84 oz. of primer in the tube…and it resembles an oversized sample size.

Regardless, I made the purchase—anything that says “dewy” on the packaging appeals to me.

I used the primer twice. Once during the workweek and today.  Today finalized my thoughts. It isn’t worth the money.  Here’s why.

The worst primer I’ve ever spent my money on.  It was just a total fail.  Totally drying to the point my fact felt taught.  Pass on this one ladies!

The amount in the tube really is miniscule but, quite a bit spurts out when you give the tube a gentle squeeze.  The primer is flesh colored, which isn’t a bad thing.  But when it goes on, it has more of a glittery sheen than a dewy finish.

In fact, I found this primer to be drying—which is so odd because I’ve never purchased a primer that was drying.

Overall, I give this an F.  I’m not kidding either. I love this brand but this product is an absolute fail for mature skin.  Honestly, if you see it, pass it by!

Still in cold-weather clothing at work—here’s a gander at what I wore this week.  I’m happy to report that my Steward plaid pants from J. Crew are fitting better these days!

On Tuesday, I revisited these pants from many, many years ago. I got ’em on final clearance at Old Navy for seven bucks and I’ve always been complimented on them. A true oldie but goodie!

Wednesday was a day for further revisiting of old items.  The cardigan?  It’s from ModCloth and is quite a few years old but I love it.  I paired it with a white tee, black leggings and reptile print ballet flats from Banana Republic that must be at least 8 years old! I am still on the fence with the Modern Motif wig but I love the color!

Can you believe it is still winter clothing weather?  The plaid pants did not zip up a month ago–and now they fit fine again.   This weather will allow me to wear plaid pants until June with the way the colder air is sticking around!

And for jeans Friday,  jeans, J. Crew suede flats, my J. Crew Navy Schoolboy blazer, and my favorite scarf that I scarfed from Oona!  I love this look!

Yesterday it was jeans and a plaid shirt.  I went darker with the Freetress Swami wig in the color PBCoffee. My husband likes the darker hair and this is a great compromise.  I’m also liking the no eyeliner look.

I’m so petrified to get weighed tomorrow…. here’s a look at one of the videos I made today. It’s focusing on Weight Watchers and my relationship with food and my weight loss issues.  I hope you get a better insight if you look at it!

So that’s it. I can’t wait to watch Versailles tonight!!!

Far from perfect, but enjoying life as a non-perfect and flawed individual at 60 years young. I'm still wondering what I'll be when I grow up! The characters in my life's screenplay include my better half. He is a refined Frenchman who grew up in Paris and summered in St. Tropez. I grew up in Long Island and summered in Long Island. I am not refined. My three grown children are also a big part of my life. For their sake, they happily live where their careers have taken them! But I can still mother them from a distance! I write about the mundane. I write about deeply shallow issues. But whatever I write or muse about--it'll always be a bit on the humorous and positive side! It's all good!
View all posts by Catherine →
This entry was posted in Uncategorized and tagged Food, Versailles, Weekend, weight watchers. Bookmark the permalink.

41 Responses to Weekend! A Whole Lot of Nuthin’!!!