I Got a New Whip!

Getcha mind outta the gutta!  I’m not that kind of girl!

I got a new car!  And one of my younger co-workers is teaching me slang words so that I’ll be hip!  And whip is just another word for car.

I AM that cool mom–and what she’s doing is the reason my grown children do NOT attend sports events with me!  I’m hip! And I got moves!!!!

Anyway, the lease on my RAV4 is up next month.  And my husband, in his pragmatic way, paid the lease off beforehand!  Now—I’m sure many of you know that I do not place cars in high esteem. (Read my post from a couple of years ago–It’s a CAR Monsieur Bonaparte! ) They are simply a means to get from Point A to Point B.  If I had my druthers and the cash to go along with those druthers, I would be living back in Manhattan in a very expensive apartment and would gladly be at the mercy of the NYC public transportation. 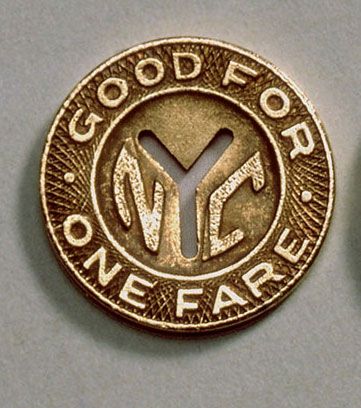 A roll of these is the only set of wheels I need.  Unfortunately, subway tokens have been replaced with Metrocards!

But I lack both cash and druthers so a whip it is!

Let’s get back to the car that I traded in. Shall we?  There was some damage to the right side of the car.  I did not think it was bad but apparently it was bad.  I was sideswiped by a moving truck on the Schuylkill Parkway coming back from Philly. It was a hit and run and I couldn’t get the license number of the mutha who hit me.

I didn’t think it was that bad–but apparently it was.

To tell you the truth, I was more concerned about the mess…

…that would have to be cleaned out!!!

He was more upset about the cost of the repairs since the car would be traded in.

This is just another reason that I hate cars.

And as time grew of the essence and became closer to that time when I was supposed to start thinking about what kind of car I wanted I grew more and more agitated. 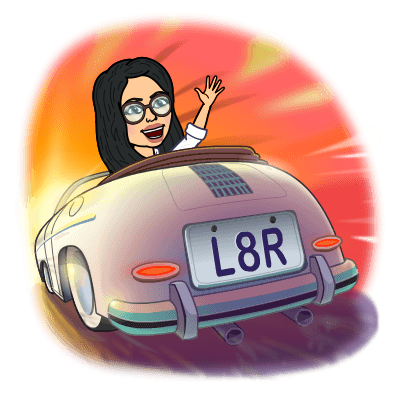 Here’s the great thing about a husband who is a car fanatic.  He offered to look at cars for me!  And my reaction was simply “Be. My. Guest.”  My loving Frenchman actually spent an entire day going to car dealers and left a deposit on a car—a Honda HRV.

This was the one that I ALMOST got!  But didn’t!

He explained that the car was for his wife but I had extreme anxiety over shopping for cars and didn’t like the process.  God only knows what else he told the car salesman because Bonaparte came home two Saturdays ago with the Honda for me to test drive.  They let him drive it home to me to test!

I’ll guarantee that my husband talked me up so that the car salesman thought…..

Be that as it may, I was rather annoyed that my Saturday of doing absolutely nothing but lounging like the princess that I am, was interrupted by having to take a test drive!

After a drive around the block and an adjustment of the seat Bonaparte asked me what I thought.

Later on we were talking about “zuh cahr”  and I found out there was no CD player.

Me:  “Get the deposit back—I’m not driving any car that doesn’t have a Cay-Day player!”

And so, my Frenchman went back to the Honda dealer, got the deposit back and went back to Mohammed, the Toyota salesman that we’ve been getting cars from for the past ten years.

There was much negotiation.  And the two men butting heads.

And in the end, I got my new car last night.  She’s a cutie but I want to touch base on just what is very important to me in a car:

And she’s got some extra too:

Little “blind spot” mirrors on the side view mirrors.  Oona was hoping that my new car would have those because she thinks I’m a bad driver..

This “Beepy Thingy”  that lights up if I drift over from my lane.  THIS is great for when there is road construction and those temporary barriers are set in place. I have no depth perception and I’ve sometimes banged into them.  This will keep my safe!

And look!  I didn’t even throw my shoes anywhere in the car. I placed them in my tote bag!  I don’t know how long the clean part will last but I’ll try!

And that is it.  I don’t care about luxury cars nor do I car about fancy status symbol names in cars.  It doesn’t phase me.  But I do have to say that I’m very fortunate to have a husband who is so in tune with my   disgust of automobiles that he did the dirty work for me.  All I had to do was show up at the dealer and sign the papers.   He’s a good man!

I’m also parking my car far, far away from the office and the other cars in the parking lot.  Besides, walking from and to the car is the only excercise I get these days anyway!

So—what do you look for in a car?  Do you feel like I do—that they are overpriced pieces of machinery?  Do tell!

In the meantime–enjoy one of my favorite songs by The Cars–Drive!

Far from perfect, but enjoying life as a non-perfect and flawed individual at 60 years young. I'm still wondering what I'll be when I grow up! The characters in my life's screenplay include my better half. He is a refined Frenchman who grew up in Paris and summered in St. Tropez. I grew up in Long Island and summered in Long Island. I am not refined. My three grown children are also a big part of my life. For their sake, they happily live where their careers have taken them! But I can still mother them from a distance! I write about the mundane. I write about deeply shallow issues. But whatever I write or muse about--it'll always be a bit on the humorous and positive side! It's all good!
View all posts by Catherine →
This entry was posted in Uncategorized and tagged cars, new cars, RAV4. Bookmark the permalink.